As a leader and a human being, I’m a big fan of emotional intelligence. I would even go as far as to say that it’s helped me become more successful in business and life. After all, I’ve used this skill to understand the pain points of my customers, create a more positive work environment, and improve the relationships outside of work.

But, despite its popularity and usefulness, there are still myths surrounding emotional intelligence. And, that’s a real shame since it can be such a powerful assist. So, let’s debunk ten of the most common misconceptions so that you can get the most out of EI in your life and career.

Some psychologists, like Jordan B. Peterson, adamantly proclaim that “THERE IS NO SUCH THING AS EQ.” Despite what you may think of Dr. Peterson, it’s not shocking to understand why he has taken this stand.

The thing, whatever it’s called, emotional intelligence is real. Going back to the 1930s and 40s, psychologists were expressing interest in this area. Edward Thorndike came-up with the concept of “social intelligence.” Meanwhile, David Weschler suggested that specific components of intelligence were essential to success in life. From there, you had the work of Abraham Maslow and Howard Gayner before Wayne Payne introduced the term in 1985.

It wasn’t until 1990 when Peter Salovey and John Mayer published the article “Emotional Intelligence,” in the journal Imagination, Cognition, and Personality that the theory was introduced. Goleman just took it to the next level in 1995.

Even though it took a journalist to make the concept more widely known, psychologists have been exploring this idea for decades. And, while some may argue that there is no such thing, plenty of other experts all agree that emotional intelligence does exist.

2. It’s just all about that empathy.

“After 20+ years of writing and speaking about the science behind Emotional Intelligence and its importance in work settings, I still come across people who believe one or more of these myths about EI,” Goleman wrote on LinkedIn. Mainly, this includes the “EI is just about empathy” trap. However, some have “equated being nice with Emotional Intelligence,” along with more questionable opinions like it being related to a man’s “inner female.”

According to Goleman, Emotional Intelligence is “the capacity to recognize our own feelings and those of others, to manage our emotions, and to interact effectively with others.” As such, these are qualities that go “beyond gender or any superficial differences among us.” Instead, EI is the ability to maintain a healthy balance of social, emotional, and intelligence competencies.

“Researchers widely recognize that raw knowledge, by itself, does not change behavior,” notes Ryan Eudy over at ej4. For example, you know that smoking, eating fast food daily, and not exercising is terrible for your health. But, you still need to “be motivated to change your behavior and have the right kind of environment.”

In this case, just because you are aware of someone else’s emotional stress doesn’t mean that you possess a high EQ. You also must “have the capacity to use that knowledge.” In addition to that, you also need “the motivation to do so and the environment to do it in.”

You can use this to your advantage during the hiring process. While it wouldn’t hurt to screen for emotional intelligence, it’s better to train “people in the skills that make up EQ.” From there, you should also build “a culture and an atmosphere where those skills could be put to good use.”

4. EI has to be equated with other personality traits.

According to John D Mayer, Ph.D., who, if recall developed the theory of EI with Peter Salovey, writes that EI is not equated with other personality traits. These include agreeableness, optimism, happiness, calmness, or motivation.

Instead, these personality traits should be called what they are. As opposed to “being mixed together in haphazard-seeming assortments and named emotional intelligence.”

For years it’s been claimed that emotionally intelligent people are the most successful. And, it’s easy to see why has it influence how a person communicates, negotiates, and leads. Research has also found that we would instead conduct business with those we like.

However, while it can play a part in your success, EI isn’t a sole predictor. After all, as Steve Tobak pointed out in a previous Entrepreneur article, “Steve Jobs, Bill Gates, Andy Grove, Larry Ellison, Larry Page, Mark Zuckerberg, and Elon Musk. I’d be surprised to find an ounce of emotional intelligence among them.”

“Granted, we also have Richard Branson, John Mackey, and Tony Hsieh, but that’s the whole point,” continues Tobak. “People are remarkably diverse.” And, there are a variety of ways for someone “to become a highly accomplished leader, enjoy a successful career, and build a great company.” And, for some, that doesn’t include emotional intelligence.

To back-up his claims, Tobak also shared a “comprehensive meta-analysis published in the Journal of Applied Psychology.” Why? Because it “showed absolutely no broad correlation between emotional intelligence and job performance.”

Some people believe that emotional intelligence is innate. In other words, you’re either born with it or not. In reality, EI is something that can be developed.

While it won’t happen overnight, you can become more emotionally intelligent by practicing self-awareness, becoming more self-motivated, and channeling your emotions. You could start becoming more mindful of your vocabulary and knowing what your stressors are. It also wouldn’t hurt to step-up your empathy skills.

7. You have to sacrifice EI to be mentally tough.

Over the last couple of years, I’ve noticed many discuss the importance of mental toughness. In several cases, it’s mainly been from those who have served in the armed forces, specifically, former Marines and Navy Seals.

Personally, I have found this advice to be helpful in that it can help strengthen focus and resilience. But, as Gwen Moran explains in a Fast Company piece, “mentally tough leaders who are effective aren’t those who ignore their own emotions or those.” But, this often clashes with misconceptions like emotions being a sign of weakness.

“One of the problems with the Navy SEAL, Top Gun, ‘alpha’ paramilitary style of leadership methods is that they are designed for military culture, not a civilian business culture,” said Jeffrey Deckman, author of Developing the Conscious Leadership Mindest for the 21st Century. “For that reason alone, their effectiveness will always be limited.”

Instead, mentally tough, don’t let their emotions get used against them. For example, high-performing athletes may seem like they’re in the “zone.” But, they do know what’s going on around them. They keep a cool head until the game is over.

Mental toughness is also not just driving a stricter line. It’s also stopping to listen so that you gain an understanding of where others are coming from. And, it’s having the discipline not to get immersed in emotions.

When we talk about emotional intelligence, it’s often positive. The thing is, just like The Force, there’s a Light Side, as well as a Dark Side.

A great example of this would be a leader or politician who drums-up fear for unethical purposes. Here it would be to gain votes or keep employees in check.

As psychologist and best-selling author Adam Grant writes in The Atlantic, “evidence shows that when people hone their emotional skills, they become better at manipulating others.” That’s because when you’re able to control your emotions, “you can disguise your true feelings.” And, “When you know what others are feeling, you can tug at their heartstrings and motivate them to act against their own best interests.”

That doesn’t mean that you should be wary of EI. If you have bolstered your EI, you may be in a better position to identify when someone is trying to pull the wool over your eyes.

9. It doesn’t influence our decisions.

It’s just not possible to decide without having an emotional bias. At least, according to Emotional Intelligence Executive Coach Svetlana Whitener and Herbert Simon, American Nobel Laureate scientist.

Why? Well, “every feeling begins with an external stimulus, whether it’s what someone said or a physical event.” From there, an emotion in the brain is generated. It then “causes the body to produce responsive hormones.” Finally, these hormones enter the bloodstream to create either negative or positive feelings.

10. There’s no correlation between EI and physical well-being.

Studies show that higher emotional intelligence (EI) is linked to improved psychological and physical health. To me, that seems obvious.

When you’re able to notice, understand, and repair your moods, you’ll be able to make healthier decisions. For instance, let’s say that you’re stressed out. You may turn to comfort food, alcohol, or cigarettes. All are unhealthy vices. Even worse, when you keep ignoring this feeling, you may begin to experience symptoms like fatigue, muscle tension, stomach pain, and potentially more serious ailments like cardiovascular disease.

April 13, 2020 How to Help Your Peers Be More Productive Read More 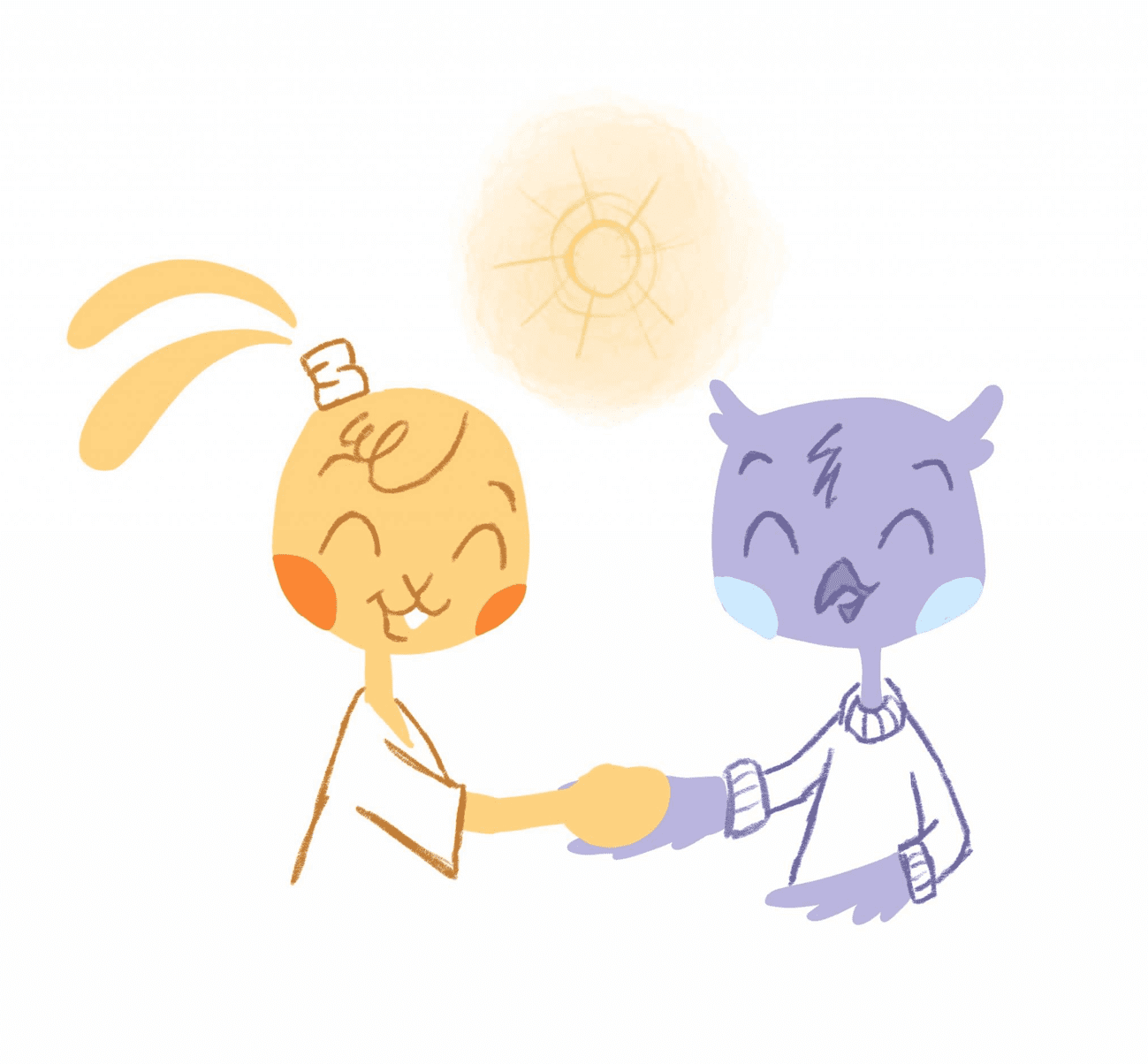 February 24, 2020 How Employers Can Teach Time Management Read More
January 25, 2023 5 Ways Multigenerational Teams Can Improve Collaboration Read More
This website uses cookies to improve your experience. We'll assume you're ok with this, but you can opt-out if you wish.Accept Read More
Privacy & Cookies Policy