8 Meeting Mistakes You Can Easily Avoid 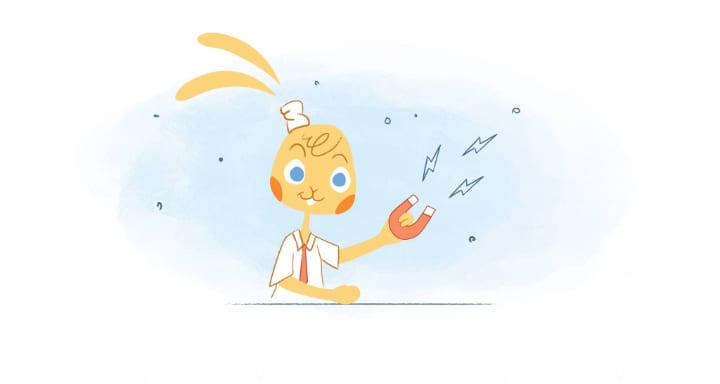 When done effectively meetings can be a major asset to organizations. It’s where better decisions are made, goals are aligned, conflicts are resolved, and team members realize how their importance. But, when done incorrectly, meetings can be unproductive and a serious waste of time and money.

To make sure that your meetings are effective, productive, and not a waste of resources, here’s 8 meeting mistakes that you can easily avoid.

1. There isn’t a clear purpose of agenda.

“The more structure your meetings have the more efficient they will be,” writes Renzo Costarella in a previous Calendar article. “This one seems like a no brainer right? The thing is, many individuals forego putting together an agenda for their meetings. Whether it’s a call or an in-person meeting it’s important to always set a basic agenda.”

Don’t have a clear purpose for a meeting? That’s a red flag that the meeting is unnecessary. “The agenda will dictate the entire flow of the meeting so try your best to stick to relevant points with clear calls to action,” adds Renzo.

When you have developed a clear purpose, make sure that the agenda is short and concise, has defined start and end times, and are sent out to attendees prior to the meeting.

2. Lack of engagement and participation.

For meetings to be productive you need to make sure every attendee engages and participates. If not, it’s a huge waste of time and money.

You can easily encourage this by asking everyone to put forward their points and share any opinions or concerns. If you have any quiet individuals in the meeting reach out to them and ask them to share their feelings or thoughts instead of letting talkative individuals dominate the conversation.

Time is money. So make sure that you value everyone’s time by having a defined start and end-time for all of your meetings.

For example, if the meeting is supposed to start at 2:00pm and end at 2:30pm, then that’s exactly when the meeting starts and ends. No exceptions. If a conversation is going, put a pin in it and save for the next meeting.

To make sure that you don’t go over the allotted time, have a timer in the room or ask your assistant to give you a five-minute warning.

4. There isn’t a designated facilitator.

If there isn’t some in charge of the meeting then it can easily run off track. Instead of sticking to the agenda, people start discussing matters that aren’t relevant at the time.

Assign someone to facilitate the meeting to ensure that off-topic conversations are reduced, discussions remain a positive and focused, and that follow-up tasks are assigned.

If you want to make meetings count, you should rotate the leader to keep everyone engaged and provide some variety.

5. Too many distracting behaviors.

According to a survey conducted by Igloo Software, people have the following pet peeves during meetings; taking calls (51 percent), having side conversations (47 percent), and eating or drinking (22 percent).

You or your colleagues probably aren’t doing this on purpose. But, I’ve been in meetings where someone pops-in a piece of gum and start chewing loudly. Even though they didn’t mean it, I can’t help but focus only on the chewing.

There’s a couple of simple ways around. Ask everyone to turn-off their phones or at least turn-off notifications. Also remind people not to save comments or concerns after the speaker is done. And if there are food or drinks in the meeting consider consuming them during a break instead of during the meeting.

6. Inviting too many people.

On average we spend 31 hours in unproductive meetings per month. That time could have been better spend on more important projects and work.

One of the easiest ways to reduce this number is by only inviting the necessary people needed to reach its initiatives and goals. For example, if you scheduled a meeting to discuss an upcoming social media campaign you should only invite team members responsible for the following roles; social media manager, content creator, content curator, community manager, social media monitor, influencer, and advertiser.

No disrespect to your other team members, but they don’t need to attend this meeting. That’s because when there’s smaller meetings they’re more focused, productive, and creative.

Remember about the rule of thumb Jeff Bezos calls the “two pizza rule.” Only invite the amount of people to a meeting that just two pizzas can feed.

7. Failing to use technology properly.

I remember meeting with some investors and had wanted to play this amazing video to wow them. Obviously I couldn’t get the video and I scrambled to get back on-track.

This happens more often then you may think.

Technology allows us to share screen, videos, and PowerPoints. But they’re useless if you can’t display them properly. Make sure that you address any technical issues before the meeting. That’s why you should show-up early and make sure that the tech is up-and-running. But, in case it’s not, make sure that you’re able to complete the meeting without it.

What’s more, you also can’t show a PowerPoint presentation without adding anything else. It’s like that high school teacher you add you just shared videos without adding any additional information. What a waste, right?

If you’re going to use technology make sure that you add more to it. After all, attendees could have just read that PowerPoint presentation on their own instead of partaking in an unproductive meeting.

8. Not assigning tasks and following-up.

“Every attendee should leave a meeting knowing exactly what is needed from them,” says Calendar’s Rose Leadem. This what Steve Jobs called “DRIs” — “Directly Responsible Individuals.”

“By assigning tasks and responsibilities to people and laying out concise understandings of what’s expected of them, productivity will be boosted and meeting goals will be much easier to achieve,” says Rose.

Additionally, after the meeting is done the leader should send-out follow-up emails. Rose says follow-up emails should at least include what “was covered, tasks given to various members and what next steps are.”

March 5, 2018 How to Stay Organized During Team Transitions Read More
April 2, 2018 4 Science-Backed Hacks for Achieving Work-Life Balance Read More
August 24, 2018 Virtual Meeting Etiquette: How to be Successful at Remote Work Read More
This website uses cookies to improve your experience. We'll assume you're ok with this, but you can opt-out if you wish.Accept Read More
Privacy & Cookies Policy