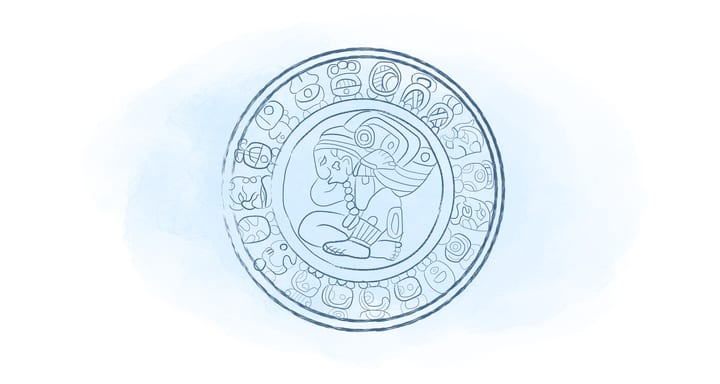 Who were the Maya? They were only one of the most advanced civilizations in history. They inhabited southeastern Mexico, Guatemala, Belize, and parts of Honduras and El Salvador. The Maya developed a sophisticated writing system and were excellent astronomers and mathematicians. Ancient Mayans also enjoyed art and architecture. However, the Maya is best known for their calendar.

If you recall in the History of the Calendar post, it was the Mayan Calendar that people based their 2012 predictions from. Hollywood even released a movie called 2012, helmed by Independence Day director Roland Emmerich that played into these fears. In case you’ve forgotten, many incorrectly claimed that the Mayan Calendar predicted that the world was ending on December 21, 2012.

If that were true, then you wouldn’t be reading this. In reality, December 21, 2012, was merely the end of a cycle in the calendar. That may sound confusing. But, it’s not all that complicated. To help you better understand the Mayan Calendar we’ve put together this introductory guide. We hope that will help explain how the calendar works, it’s origins, and how it’s used today.

Overview of the Mayan Calendar

The Mayan Calendar is a hieroglyph-heavy calendar. Unlike solar-based calendars, such as the Gregorian, it counts days as opposed to the length of a solar year. The calendar also comprised three interlocking calendars.

The scared calendar, called Tzolk’in, was the first. According to History on the Net, it comprised “20 periods each with 13 days for a 260-day count.” They assigned days a number, one to 13, and 20 different day names. After they went through the first 13 numbers, they began again, and the 20-day names continued. When they used all the day names, they repeated. And, the numbers continued up to 13.”

“The cycles of 13 and 20 repeated until they came back to the first number, the first name again in 260 days.” It’s said that the priests who maintained the calendars “used the Tzolkin to determine days for sowing and harvest, military triumphs, religious ceremonies, and divination.”

The Haab’ was the second calendar, and, it was a solar calendar. While the calendar contains 365 days, it also had 18 months and that included 20 days. That comes out to 360 days — so, what’s up with the remaining five days? “The remaining five days at the end of the year were an unlucky, dangerous time known as the Wayeb.” During this time, people “stayed home and neglected all activities during this time to avoid disaster.”

The unlucky days represent a day in the Haab calendar by a number in the month — then the name of the month. There were 19-month names, plus Wayeb for the dreaded five-day month, making 20-month of names.” The Haab’ didn’t take into account the extra quarter-day it takes the Earth to revolve around the sun. Other calendars have addressed this issue by including leap years.

The Long Count Calendar was the third and final calendar. Its creation was to keep track of more extended periods. The extended periods were usually for any historical or mythical events that extended over 52 years. “The Long Count counts all the days since the beginning, which the Mayans marked as August 11, 3114 B.C.”

The most important unit of this calendar is the tun — which is a year of 360 days. You’ll recall, this situation is the same as Haab since it excludes the five-day Wayeb. This calendar expresses dates in it — in the following five digits:

How to Set the Date in the Mayan Calendar

The Mayan Calendar system included five cycles similar to the Gregorian Calendar because it counts days, months, years, centuries, and even millennia. The key difference, as explained by The Smithsonian, “is in the name and magnitude of the various cycles. Like Maya mathematics, the Long Count Calendar system counts by 20s.”

If you’re lost, the good people over at Time and Date, have a clear explanation. The Mayan Calendar determines dates by its position in both the Tzolkin and the Haab calendars.” Together, this creates “18,980 unique date combinations; they use which to identify each day within a cycle lasting about 52 years. A Calendar Round is the completion of each cycle period.

Two wheels rotating in different directions represent various date combinations. The first wheel has 260 teeth named after each of the days of the Tzolkin. The second wheel contains 365 teeth with the “name of each of the positions of the Haab year. As both wheels rotate, the name of the Tzolkin day corresponds to each Haab position.”

The Mayans used the name Maya after the ancient Yucatan city of Mayapan, and they often break their history down into the following periods.

Due to climatic changes and the overhunting of animals, ancient civilizations were forced to change their lifestyles. They went from hunter-gathers to cultivating crops, including beans and they began domesticating animals. They settled in new villages, and arts like pottery and weaver began to take place. These ancient villages started in the Yucatan Peninsula and date back to 2000-1500 BCE.

The Olmec Period is also known as the Pre-Classic or Formative Period. This Pre-Classic period was when the Olmecs (considered the oldest culture in Mesoamerica), were at its peak. “The Olmecs settled along the Gulf of Mexico and built great cities of stone and brick,” writes Joshua J. Mark for Ancient History Encyclopedia. It’s argued that the famous Olmec heads meant that a “highly sophisticated skill in sculpture and the first indications of Shamanic religious practices date from this period.”

Because of the “size and scope of Olmec ruins,” it’s believed that giants occupied the region. However, it’s uncertain where the Olmecs originated from or what happened to them. But, they lay “the foundation for all the future civilizations in Mesoamerica.”

Influenced by the Zapotecs, and perhaps even related to the Olmecs, this region began to be settled around what is known as modern-day Oaxaca. This area was the cultural center is known as Monte Alban today and was the capital of the Zapotec kingdom. The Zapotecs were responsible for some of the most important cultural elements of the region, including writing, mathematics, and astronomy. The Zapotecs have sometimes been credited with the development of the Mayan Calendar.

The Teotihuacan Period is when the city of Teotihuacan expanded “from a small village to a metropolis of enormous size and influence.” Teotihuacan, however, became dominant after a volcano destroyed the rival city of Cuicuilco around 100 CE.

“Archaeological evidence suggests that Teotihuacan was an important religious center,” which they devoted “to the worship of a Great Mother Goddess and her consort the Plumed Serpent,” adds Joshua J. Mark. “The Plumed Serpent god Kukulkan (also known as Gucamatz) was the most popular deity among the Maya.” Citizens abandoned Teotihuacan in approximately 900CE (AD).

The El Tajin Period was considered the Classic Period in both Mesoamerica and Mayan history. `El Tajin’ “refers to the great city complex on the Gulf of Mexico. Recognized as one of the most important sites in Mesoamerica.” It was throughout this era that “great urban centers rose across the land and the Maya numbered in the millions.”

During this period, the creation of the essential and famous ball game, Poc-a-Toc, took place. What’s interesting is that it’s not known who precisely inhabited this region because there have been fifty various ethnic groups identified, that resided here.

A “consolidation of power in the great cities of the Yucatec Maya, such as Chichen Itza and Uxmal,” occurred during this Classic Maya Period. We may see “direct cultural influences, in some sites, from the Olmecs and the Zapotecs — and the cultural values of Teotihuacan and El Tajin in other sites. An in yet other sites, there is a wholly new culture that seems to have emerged.”

The Classic Maya Period was the era when the Maya civilization was at its height. The period 250-950 CE (AD) was when these people and cultures perfected mathematics, astronomy, architecture, and visual arts. The completion of the calendar took place at this time — here in the area. “The oldest date recorded in this era is on Stele 29 in the city of Tikal (292 CE).” The latest information was found “from an inscription on the Stele at the site of Tonina 909 CE (AD).” [Again, please see, Joshua J. Mark, for The Ancient History Encyclopedia for the above quotations and additional interesting, valuable facts and information].

During this period, people abandoned the large Maya cities. No one is 100 percent sure why these incidents occurred. Some believe that it was because of climate change or overpopulation. However, tribes such as the Toltec later re-populated these cities. We should note that the Spanish Conquest did not force the Maya out of their towns. These cities were already vacant. It was following the Battle of Utatlan in 1524 CE (formally known as AD) that the Maya Civilization came to an end.

When Did the Mayan Calendar Start?

The Mayan Calendar is widely known. Less known is the fact that the Mayan based their calendar on a system that had been used in the region since the fifth-century BCE (BC). For example, “By some 1,700 years ago speakers of proto-Ch’olan, the ancestor for three Maya languages still in use, had developed a calendar of 18 20-day months plus a set of five days,” wrote Weldon Lamb, a researcher at New Mexico State University, in his book “The Maya Calendar: A Book of Months” (University of Oklahoma Press, 2017).

In 2012, however, researchers discovered an earlier calendar (now believed to be the earliest calendar), of the ancient Mayan scribbled on the walls of a building in a lost city in Guatemala. It’s now thought that even earlier Mayan cultures created this calendar — several centuries before the bark-paper Mayan calendar known as the Dresden Codex. These ancient people constructed the buildings that were found, between the first centuries BC and about 900AD.

Even more impressive is that some researchers believe that there was contact between Eurasia and Mesoamerica over 1,000 years ago — as opposed to only a few hundred years. The reason this belief has come to light is because of the strong similarities between the Mayan and Chinese Calendars. This commonality includes the use of animals, elements, and the fact that both of these civilizations used the same root system.

These possible human and cultural ties have apparent similarities. Commonly accepted is the starting point of the Mayan Long Count Calendar, which is equivalent to August 11, 3114 BCE (BC). Other scholars, however, state the calendar began on August 13, 3114 BCE (BC). Despite the hoopla, the Mayan Calendar didn’t end in 2012. The Mayan Calendar has extended well past 2012.

Believe it or not, the Maya civilization never vanished. The modern Maya lives and farms the same land that their ancestors once did. Overall, more than seven million Maya are living in Mesoamerica and across the world. While the region became Christianized in the 16th century as a result of the European conquests and inquisition, many Maya still observes the original traditions and beliefs. This new, yet old tradition has created a hybrid of European Catholicism and Mayan mysticism.

The Mayan Calendar doesn’t currently serve what many in the world would call a “practical purpose.” This calendar doesn’t measure time, but the Maya today rely on their beautiful and original calendar for ceremonial events. Present-day dates now reflect events listed in the Gregorian Calendar, such as Wajxaqib’ B’atz’. This event is to celebrate a new cycle of the Chol Q’ij Maya sacred calendar. Other festivities that are observed and enjoyed include the Sac Ha’ ceremony that notes the essential stages of corn growth. And, the fascinating Pa Puul Ceremony asking for rain. 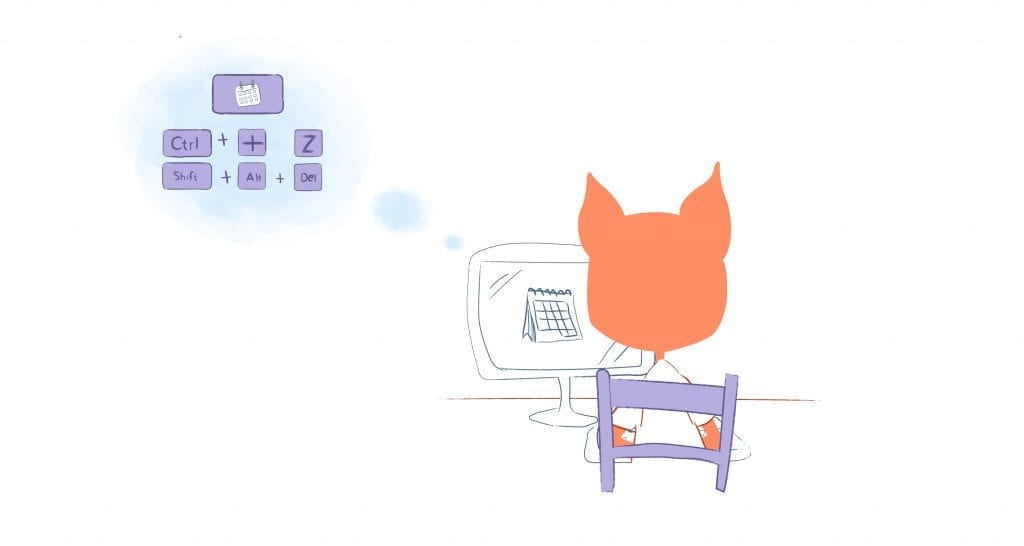 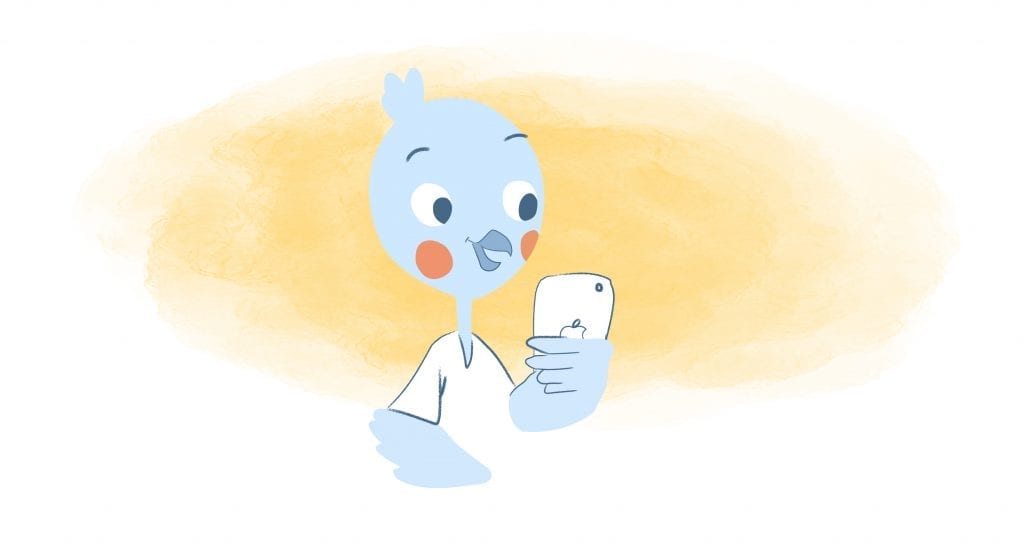 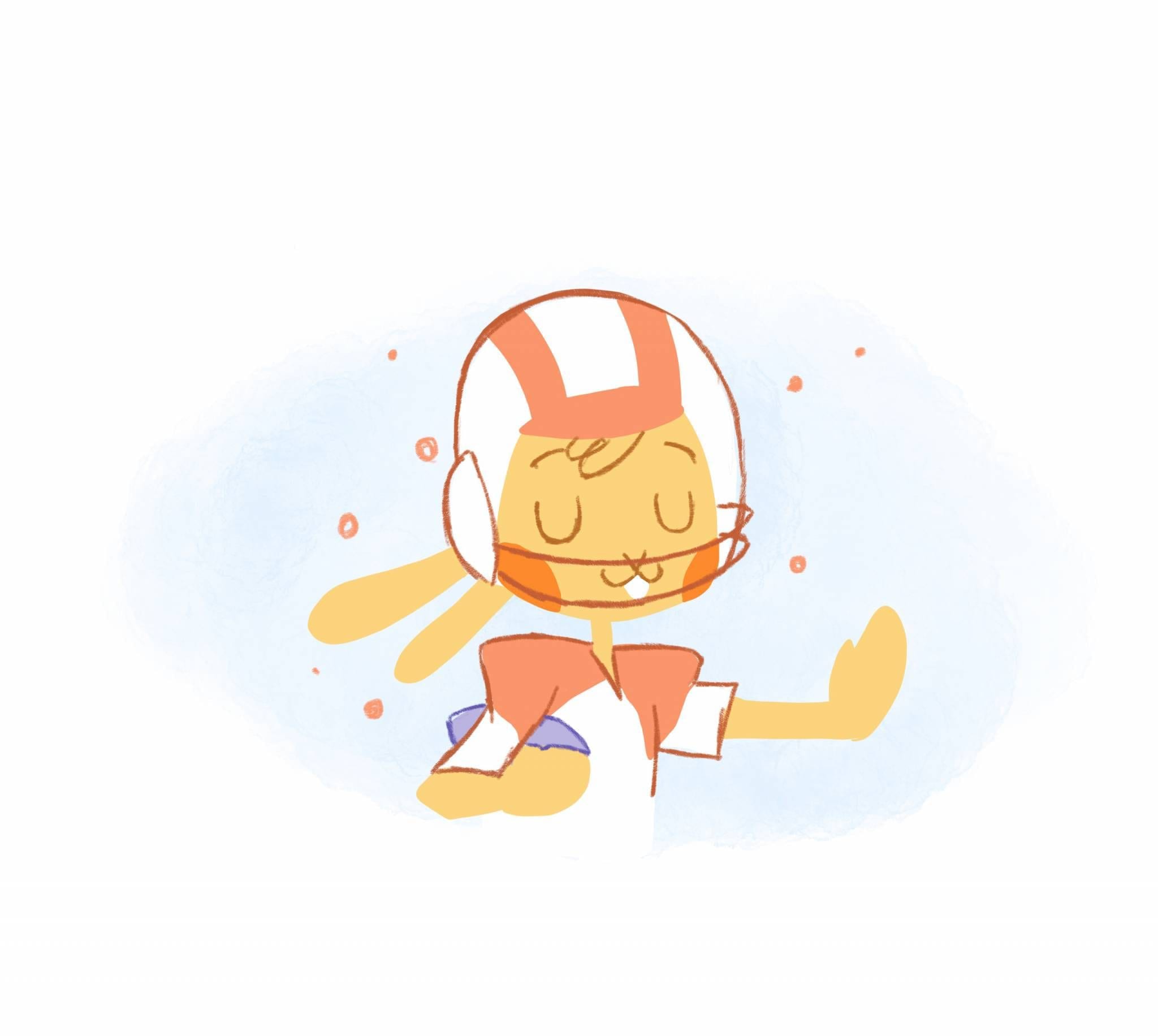