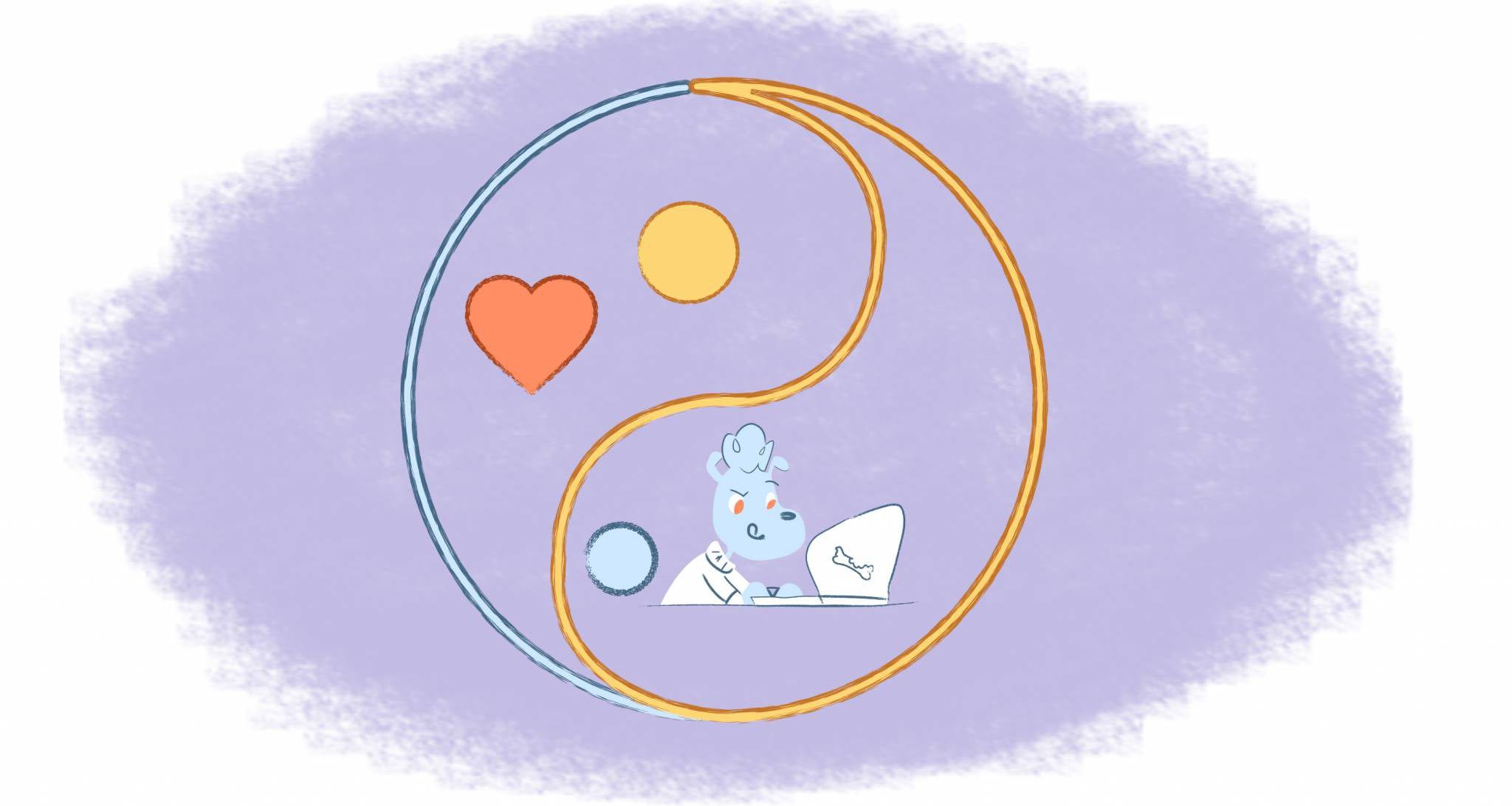 Measuring time has always been important. Scratch that. It’s essential. Measuring time is crucial, not just because you may run late to a meeting, which is a big deal. But, measuring the time used to mean the fact of whether or not you would survive. For example, if you planted a crop during the wrong time of year, you wouldn’t have food to eat throughout the winter.

Because keeping track time was so vital, people turned to a reliable source: the moon. As a result, a calendar was created using the phases of the moon. It may not be used today, but it was a tool that played a significant role in people’s daily lives for centuries. And, it’s influence can still be felt today.

Overview of a moon calendar.

A moon calendar, or more commonly called a lunar calendar, is easy to define. It’s a calendar that follows the monthly cycles of the phases of the moon. It’s one of the oldest calendars in the world that creates lunar months, also known as synodic months. Don’t get caught up in the complicated terminology. A lunar month is simply one that occurs between two successive syzygies, such as new moons and full moons.

Although solar calendars, which are determined by the solar and have influenced the Gregorian Calendar, lunar calendars were essential. And, there can impact can still be felt today.

Additionally, ancient civilizations used the phases of the moon to help identify the seasons (Spring, Summer, Autumn, and Winter). Since each season has three full moons, this guided them in knowing when to schedule vital activities like harvesting and hunting.

Today, the moon calendar is used for ritual purposes, as opposed to official business. Easter, Ramadan, Rosh Hashanah, and the Chinese New Year are just a handful of holidays that rely on the lunar calendar.

Are you still a little confused about how a moon calendar works? If so, we hope to clear things up in the following section.

The days between each moon phase.

Again, on average, there are 29.53 between each phase of the moon. How was this figure determined? Well, some incredibly smart folks figured out a long time ago that a new moon appears every 29.53 days. It should be noted. However, that does vary just slightly. Some months it’s 28 days while others can be 30.

What’s fascinating is that it takes the moon around 27.3 days to orbit the earth. However, it needs 2.2 days to “catch up.” The reason? Our little third rock from the sun travels roughly 45 million miles around the Sun during the time the Moon completes one orbit around Earth.

Another question you may have is the first day of the month start on moon calendars? Well, it depends. For example, lunar calendars, such as the Hebrew and Hirji, began when a lunar crescent was noticed. The Hindu calendar started the day following a new or full moon. And, lunisolar calendars like the Chinese determined the first day of the month by when an astronomical new moon occurred in a particular time zone.

Lunar calendars may have been accurate when establishing months. But, it’s a bit off when it comes to the number of days there are in a year.

A lunar year is only 354 days. So, if you were to use an accurate lunar calendar, you would lose 11 days annually compared to the widely used Gregorian Calendar. That’s because it takes 365 days for the earth to orbit the sun.

After three years, the lunar calendar would be about a month behind the solar Gregorian Calendar. Some moon calendars have taken this into account and get back in sync with solar calendars every 33 years.

Solar calendars also have their flaws. Take leap years as an example. They were meant to address inaccuracies. But, one day still drifts around every 3216 years. Lunar calendars, on the other hand, only have an error of merely 2 seconds annually. If you’re keeping track, that comes out to 1 day every 31,250. If you were to use this measure then, lunar calendars are ten times more accurate then the Gregorian Calendar.

The moon phases of the lunar calendar.

There are eight lunar phases within the Lunar calendar. Each phase is determined by where the moon is located in relation to the sun. As Deborah Byrd explains on EarthSky, “The moon, Earth and sun are aligned with Earth in the middle. The moon’s fully illuminated half – its dayside – faces Earth’s night side.” Additionally, the moon will always rise in the east and set in the west. Its orbital motion is also towards the east.

With that out of the way, here are the eight moon phases in order:

Have you spotted just a sliver of the moon in the sky? This is the beginning of the Waxing Cresent phase. But, thanks to “earthshine,” there may be times when you can see the rest of the moon. This phase usually occurs a couple of days after a new moon.

This phase begins when the moon is to 90 degrees between the sun and the Earth. It received its name because at this point the moon has completed ¼ of the lunar cycle.

Technically, this phase covers the time between the first quarter and full moon phases. This is because waxing gibbous means “growing shape.”

Two weeks after the new moon, it becomes wholly illuminated. Hence, we have a full moon, and its orbit is halfway completed. A supermoon appears when the moon is at its closest orbit point with the Earth. A micro-moon is when it’s at it’s furthest. Also, a lunar eclipse happens when the moon passes through the shadow of the Earth.

If waxing means increasing, then waning stands for decreasing. A week after a full moon, it appears smaller since the amount of the moon that is visible decreases,

This name was given to this phase because it’s ¾ completed. Sometimes, however, it’s also called the Last Quarter phase. Regardless of the term you use, it happens three weeks following a new moon.

The Waning Crescent is the final lunar phase where the moon appears to be just a tiny sliver in the sky. It occurs four weeks after a new moon and concludes when the sun and moonrise at the same time.

Do want to know what phase we’re currently in? You can visit sites like timeanddate.com. Or, if you’re crafty, you can create your own moon calendar.

What about the Harvest Moon?

On top of the eight phases of the moon, each full month of the year has it’s own unique name. These names were usually related to agriculture or the weather. For example, the Harvest Moon occurs when the moon is closest to the autumnal equinox — this is usually in September. Because it’s so bright out, farmers were able to work late harvesting the crops they planted in the spring and summer.

Here is a list of the common names used in North America:

What about a blue moon? This occurs on average every 33 months when there are two full moons in one calendar month. Because there are only 28 days in February, there will never be a blue moon in that month.

How the moon affects the Earth.

“The moon is the easiest celestial object to find in the night sky — when it’s there. Earth’s only natural satellite hovers above us bright and round until it seemingly disappears for a few nights,” writes Charles Q. Choi on Space.com. “The rhythm of the moon’s phases has guided humanity for millennia — for instance, calendar months are roughly equal to the time it takes to go from one full moon to the next.”

More importantly, and despite being ⅙ of the size of earth, the moon has a profound influence on our planet. Most notably, the rise and fall of sea levels — aka tides. Believe it or not, tides can also take place in lakes, the atmosphere, and within the Earth’s crust.

According to Choi, “The moon’s gravitational pull may have been key to making Earth a livable planet by moderating the degree of wobble in Earth’s axial tilt, which led to a relatively stable climate over billions of years where life could flourish.”

Additionally, if the Earth didn’t have a moon, the length of a day wouldn’t be 24 hours. It would be just 8 hours. In other words, the Earth would be spinning at a much faster speed. And, that would result in some pretty intense winds.

It’s also been found that animal behavior is influenced by the moon; this is true when it comes to tides and moonlight. One study even found that pet emergency visits increase during full moons.

Because of all of these, it’s no surprise that the moon has influenced everything from popular culture to calendars.

The origin on the moon calendar.

As already mentioned, lunar calendars are some of the oldest calendars ever used. But, who were the first civilizations to fully embrace the moon calendar?

Encyclopedia Britannica states that the “Sumerians were probably the first to develop a calendar based entirely on the recurrence of lunar phases. Each Sumero-Babylonian month began on the first day of visibility of the new Moon.”

“Although an intercalary month was used periodically, intercalations were haphazard, inserted when the royal astrologers realized that the calendar had fallen severely out of step with the seasons,” continues the Britannica article. In around 380 BC, however, “fixed rules regarding intercalations were established, providing for the distribution of seven intercalary months at designated intervals over 19-year periods.”

It was eventually Greek astronomers that “devised rules for intercalations to coordinate the lunar and solar years. It is likely that the Roman republican calendar was based on the lunar calendar of the Greeks.” It was also the Greeks who took note of how the moon influenced everything from tides, agriculture, and human behavior. This information was input into their calendars.

Jutta Russell over at Living With The Moon, adds that “As the first tribes settled down and agriculture evolved around 9000B.C. the Ancient Lunar Calendar was the essential tool for planting, harvesting, to raise taxes and worship the gods.” These ancient lunar calendars were “passed down from one generation to the next and followed by urban and rural populations alike.”

It was the Babylonians who were created with developing the lunisolar calendar. Perhaps the most famous example of this is the Chinese calendar. Unfortunately, by around 1582, people began to rely more on the Gregorian calendar. However, it was adopted by China until 1912 and Russia in 1918.

Today, the lunar calendar has fallen out of favor. Pretty much corner of the world now uses the Gregorian calendar. There are some exceptions, though. Saudi Arabia, for instance, still uses the Islamic calendar, which is genuinely lunar. The downside is that they’re usually 11 or 12 days behind everyone else.

Outside of Saudi Arabia, moon calendars are mainly reserved for religious and cultural purposes. Easter and the Chinese New Year are celebrated in accordance with the moon. This why the dates vary from year to year.

Additionally, Ramadan starts and concludes with the first sighting of the Waxing Moon. Because of this, it explains why the crescent moon is incorporated symbol in many flags of Islamic countries. Rosh Hashanah, the Jewish New Year, also uses the moon to determine when the Jewish calendar begins in the autumn.

These events are so important that today they’re legal holidays in most countries. 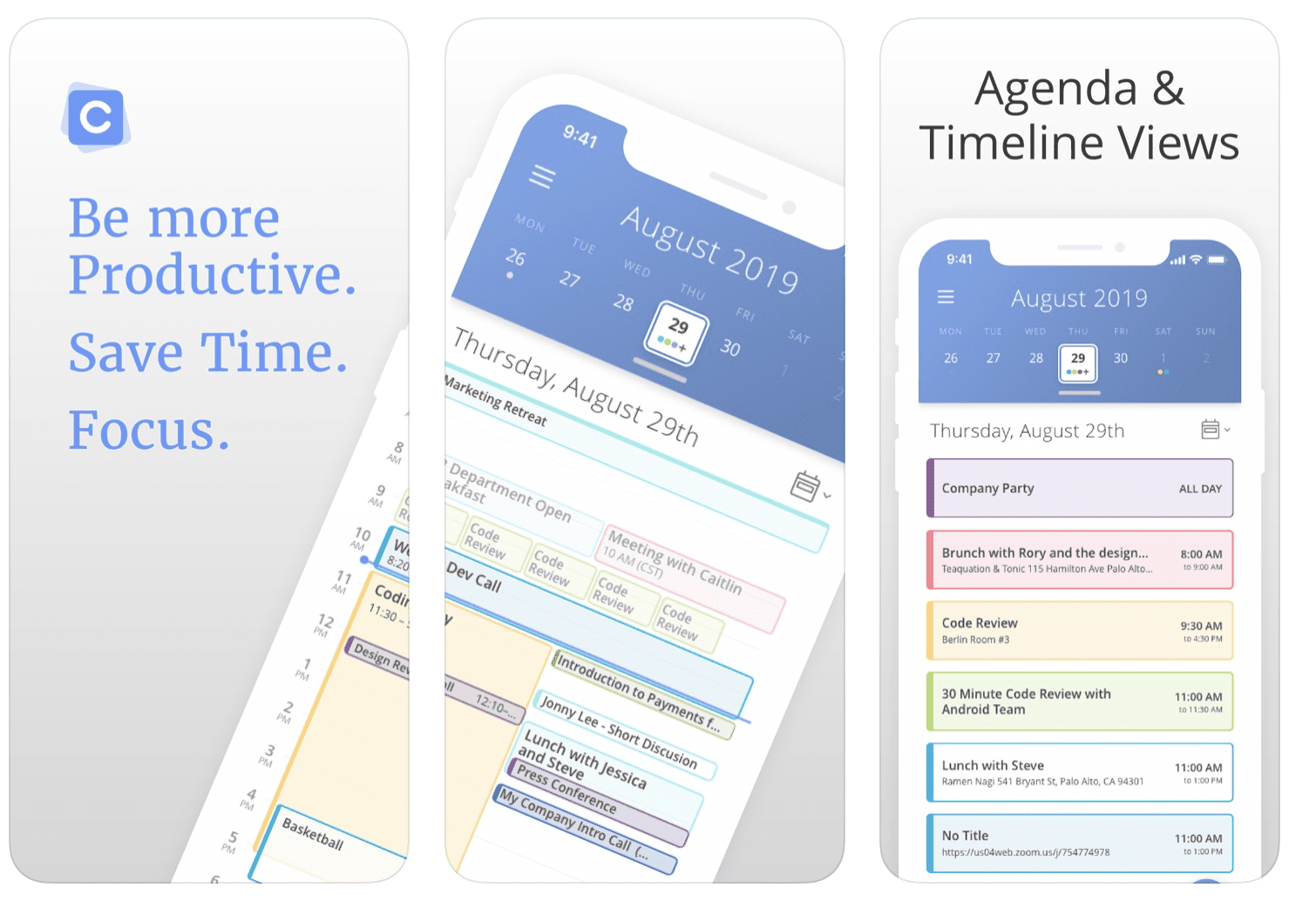 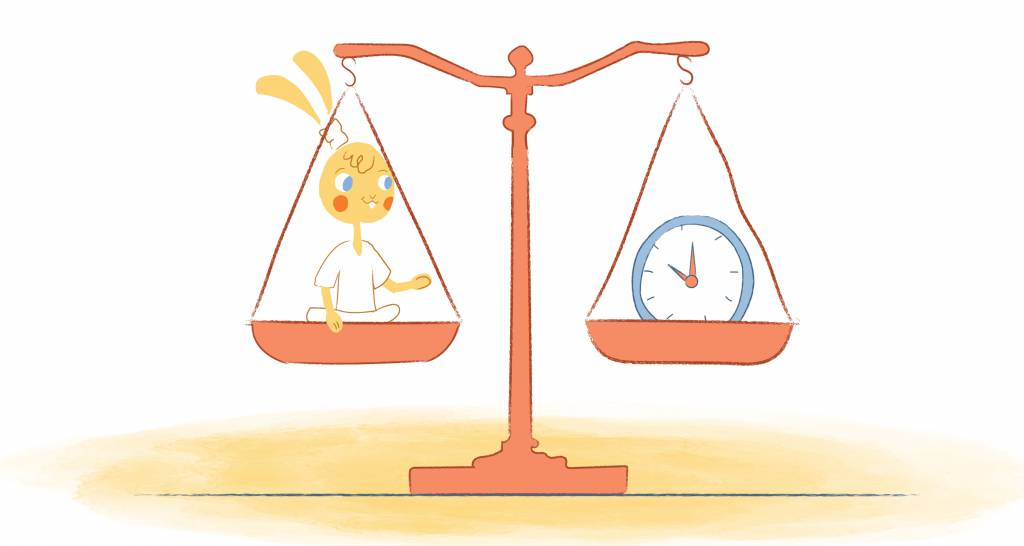 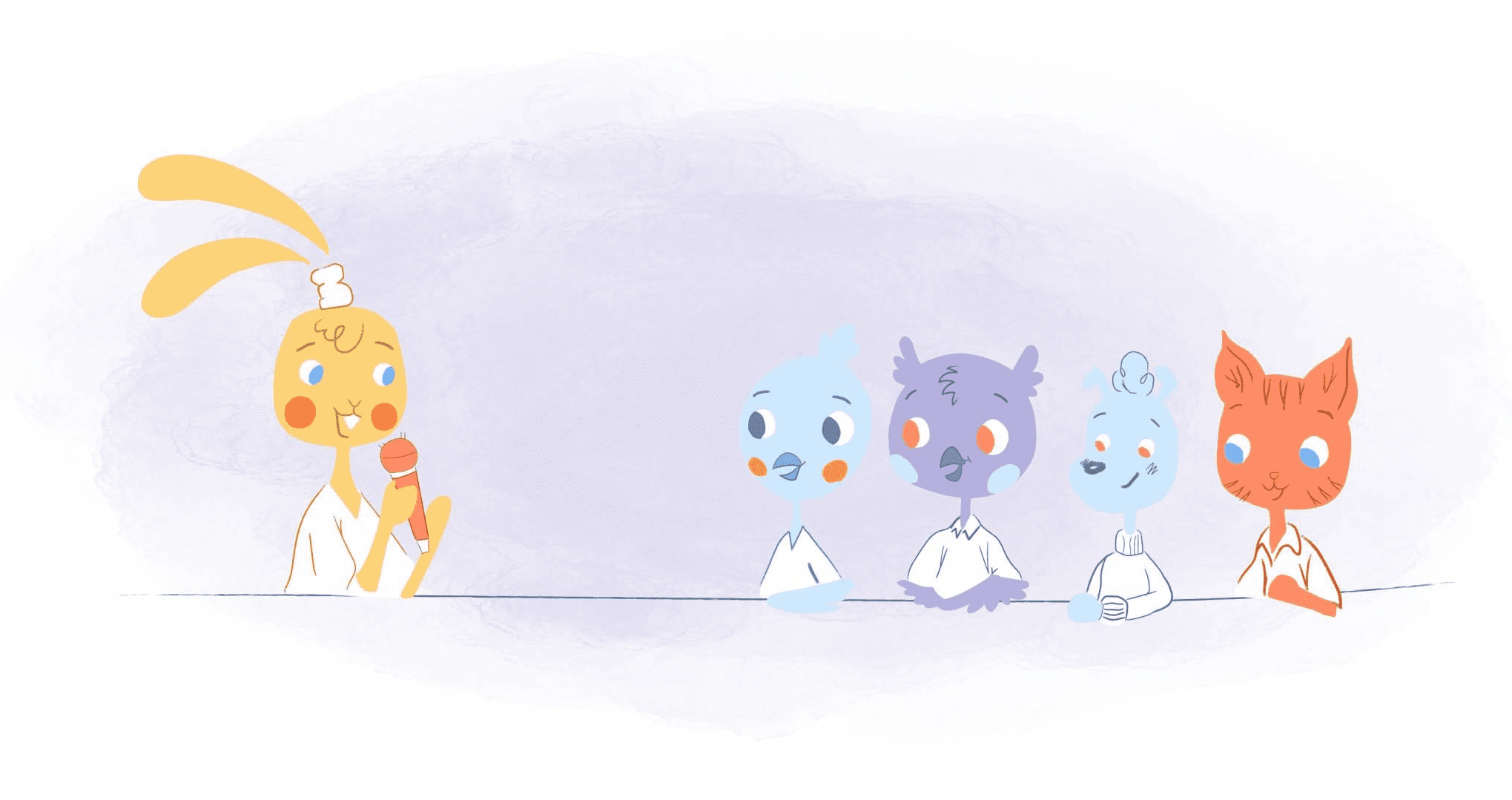