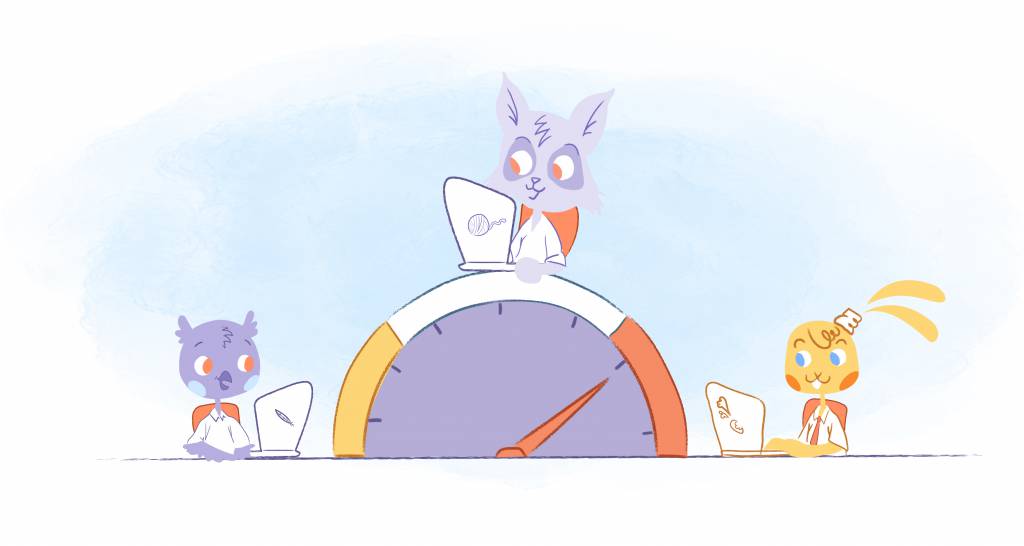 How do you get things done? Do you work harder and faster? Do you work 80 hours a week like Elon Musk? Productivity Hacks are a must!

Hopefully, you don’t work that many hours. All those extra hours aren’t effective if you want to get stuff done.

Boosting your productivity is both an art and science. There are small changes that we can make that may appear to have nothing to do with work. However, they will make you more productive in the long-run.

With that in mind, here are 25 scientifically-proven productivity google calendar hacks that will take your productivity game to the next level.

A Harvard health study found that, “Sleep deprivation negatively impacts our mood, our ability to focus, and our ability to access higher-level cognitive functions.” The most immediate effect, however, is sleepiness. Some of us may experience that as general fatigue.

If you want to get a better night’s sleep, create and stick to a sleep schedule. Also avoid bright screens and eating before bed. Exercising and getting outside during the day can also help.

In a study from the University of Texas, researcher Nancy Kwallek, found that people made the most errors when working in white rooms. “White doesn’t help us be productive, and most work environments are often white, off-white, or light gray,” says Kwallek.

Kwallek suggests that it’s the sterile quality that isn’t conducive to work. Instead, paint your walls blue or green, specifically Aqua. “There have been studies that asked worker preference about environment and color. The majority felt they liked to work in a blue or blue-green environment,” she says.

Jeff Bezos has a “two pizza” rule. This means that if you aren’t able to feed your team with two pizzas, then your team is too big. When you have a large team, productivity and creativity can become an issue.

When a large group gathers something called “social loafing” goes down. This term was coined by Nicholas W. Kohn in a 2010 Applied Cognitive Psychology study in which Kohn described how group participants compare themselves to each other. They then conform to the common denominator. The larger the group, the more the downward conformity.

If you’re collaborating with a large group, break it up into smaller groups. Not only will everyone be more productive, every participant will have their time to shine.

4. Bring your dog to the office.

Bringing your dog to work boosts morale, relieves stress, and make employees feel better. As a result, productivity goes up. This isn’t a problem if you work at home or at business that has this policy. But, if you aren’t allowed to bring your furry friend to the office?

Scientists from Hiroshima University in Japan found that just looking at pictures of puppies can improve focus.

Robin Sharma said it correctly, “What gets measured gets improved.”

For example, people who had to wear a pedometer walk at least one extra mile per day on average. They also improve their overall activity levels by 27 percent.

You can apply this same thought to the workplace by using a time tracking application. This identifies where you spend your time. It can help show you the areas where you can be more efficient and save time.

To get started, check out this list of the top 101 time tracking companies that we’ve previously put together.

“Blue stimulates the mind,” states Melanie Feltham for UpWork. “Strong blues clear thought while soft blues aid concentration and have a calming effect. It has been found that this calming effect comes from stimulating natural tranquilizers in the brain.”

7. Have a healthy breakfast.

Breakfast could be the most important meal of the day. It keeps your weight in-check and provides the energy to stay focused and productive. 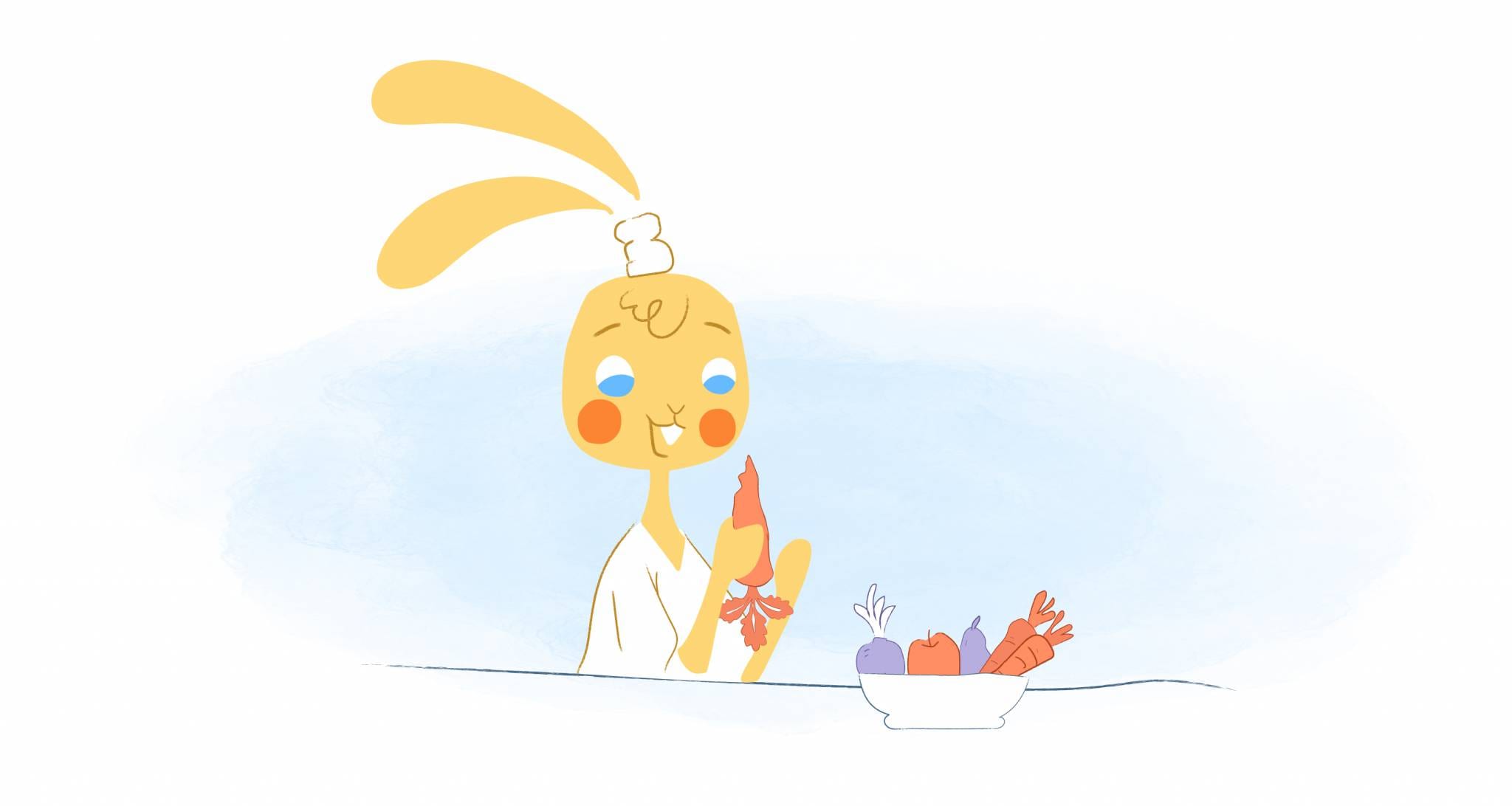 Just remember, that it’s also what you eat for breakfast that counts as well. Food affects the mind and the body. Skip the donut and enjoy oatmeal or food rich in Omega-3 fatty acid, such as salmon or kiwi.

Science shows that these types of food can strengthen brain functions like learning and memory. These foods also release glucose into your bloodstream at a slower, steady rate. This prevents you from crashing in the morning.

Exercising is better than just vegging on the couch. But, research from Appalachian State University’s Dr. Scott Collier found that exercising first thing in the morning is the best option.

“We don’t yet know the physiological mechanisms that result in these changes, but we do know enough to say if you need to decrease your blood pressure and if you need to increase your quality of sleep, 7 a.m. is probably the best time to exercise.”

Office plants have been proven to raise productivity by as much as 15 percent. In fact, a University of Exeter study found that plants improve concentration and employee engagement with their work both cognitively and emotionally.

Researchers aren’t sure why plants improve productivity. But they believe it’s simply because plants make people happy. And, when we’re happy, we get more done.

Batching is just scheduling certain days for particular works. This means you don’t have to think as much about what you need to be doing because processes become automatic and repetitive. Our brains love repetition because it creates neural pathways.

As Elizabeth Stapleton explains in a previous Due post, “Batching your work makes it easier to focus on one thing at a time and get more done because you aren’t constantly having to switch gears. Science has proven that every time you change to a new task there is a ‘retooling’ process that has to take place. It also takes a lot more time than you think.”

According to a study from the University of Ottawa participants who listened to music had a better overall mood. This lead them to staying on-task for longer periods of time. It also helped them complete more creative work.

A majority of people have found that listening to classical music is more of a productivity hack than music containing words.

Researchers at the Interdepartmental Neuroscience program at Northwestern University found a connection between workplace daylight exposure and office workers’ sleep, activity, and quality of life. Compared to those in offices without windows, workers with windows in the workplace received 73 percent more white light exposure during work hours and slept an average of 46 minutes more per night. They also reported a higher quality of life.

A study from Cornell University found that people completed their work faster and made fewer mistakes when the office temperature increased from 68 to 77 degrees Fahrenheit.

In a study conducted by Dan Ariely and his associates, participants accomplished more when they gave themselves a deadline. “People have self-control problems, they recognize them, and they try to control them by self-imposing costly deadlines,” write the authors.

“These deadlines help people control procrastination.” However they’re “not as effective as some externally imposed deadlines in improving task performance,” such as sharing your plan with others.

Other ways to impose deadlines is by setting a milestone on a calendar app or to-do list. Also start asking yourself the “why” behind your project.

Working too much creates “cerebral congestion,” according to Scientific American. Taking regular breaks from work throughout the day you can break-up this congestion.

In the evenings and weekends take walks, read for pleasure, take naps, or any leisurely activities that clears everything out of your  mind that’s been piling up.

Several studies compiled by DeskTime show that positive changes to office environments result in enhanced production. These changes can include a second monitor, ergonomic chairs, and windows. Having a clean and organized office also helps.

For some, adding personal touches, like colorful artwork increases their workplace satisfaction, which boosts performance.

Research from Dr. Jonas Braasch, a musicologist at the Rensselaer Polytechnic Institute discovered that employees who listened to natural sounds performed better on tasks. They also felt more more positive about their environment.

“Nature sounds can have a restorative effect on our cognitive abilities,” Braasch told The Huffington Post. “Participants favored the mountain stream signal 6-to-1 over the traditional white noise signal.”

Research from Professor Teresa Amabile and Steven Kramer found that those who track their daily experiences are more creative, productive, and engaged, and they have better relationships. This is because it helps them consistently take steps forward.

Simply put, when you achieve and recognize “small wins” you can lead a more rich, engaged, and productive work life.

“Workspaces should flex to provide a variety of spaces and destinations for workers to inhabit that promote movement throughout the day,” says Joan Blumenfeld, one of the study authors and a thought leader in the world of office design.

This isn’t a problem if you work from home. You can shift from the kitchen table to your home office to local coffee shop. If you work in an office, request flex scheduling or design the workplace so that it supports fluid and spontaneous interactions.

Studies have shown that those who multitask are damaging cognitive abilities. It also increases stress and decreases productivity by 40 percent.

According to Dr. Susan Weinschenk, multitasking isn’t even the right word. It’s actually “task-switching.” That’s because people can’t do more than one task at a time — no matter how hard you try.

Instead, try single tasking by focusing on completing one thing at a time. To single task effectively, eliminate distractions, take breaks, and create a priority list.

In fact, poor air quality can reduce productivity by as much as 9 percent. Improving the air quality in your workplace can be as simple as opening windows. You can also purchase an air purifier.

Nicholas Bloom, an economics professor at Stanford University, conducted a nine month long study of Chinese travel center called Ctrip. He found that the at-home employees didn’t just “measure up” to their on-site employees, they outperformed them.

Bloom found that, “at-home employees made, on average, 13.5 percent more calls per week than their counterparts in the office. This translated into roughly a whole extra work day every week, and all because of a simple change in scenery.”

It’s also not surprising that the at-home employees also boasted a higher rate of job satisfaction.

A Year of Productivity discovered that touch typing can improve your typing output. As a result, you can increase your productivity significantly.

Touch typing, which is typing without looking at the keyboard, increases your words per minute typed by 50 to 100 percent! If you’re someone who spends a bulk of the work day typing, then this is an excellent hack.

What do Nikola Tesla, Albert Einstein, John F. Kennedy, and Steve Job all have in common? They were all known to doodle.

According to Sunni Brown, author of The Doodle Revolution: Unlock the Power to Think Differently, says that doodling is “making spontaneous marks (with your mind and body) to help yourself think.” Instead of zoning out, doodling keeps us engaged and helps process information.

The University of Plymouth found that when participants listened to a recorded phone call, those who doodled during it recalled 29 percent more information.

A “2011 article from the journal Science reported that when science students drew visualizations of course material instead of using words, they forged a deeper understanding of the concepts and could more effectively communicate them to others.”

Researchers from the National University of Singapore found that surfing the web at work is harmless. And, it can even boost productivity. The reason? It provides “immediate gratification” and helps them “restore resources that are drained as a result of work.” This is one of my greatest hacks.

Just don’t carried away. Restrict your web browsing to around ten minutes. 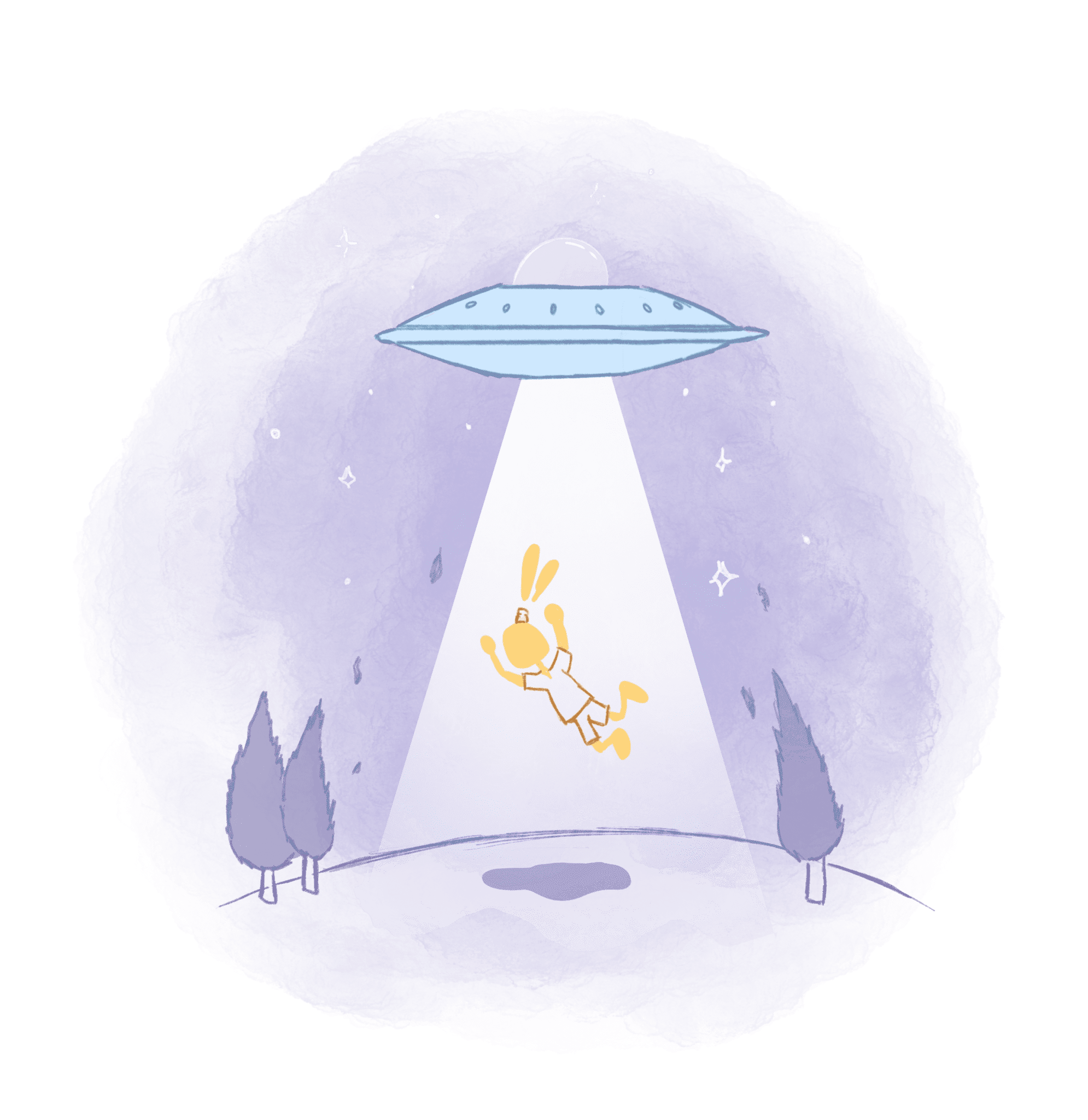 October 23, 2019 Why You Should Take the Day Off from Work Read More 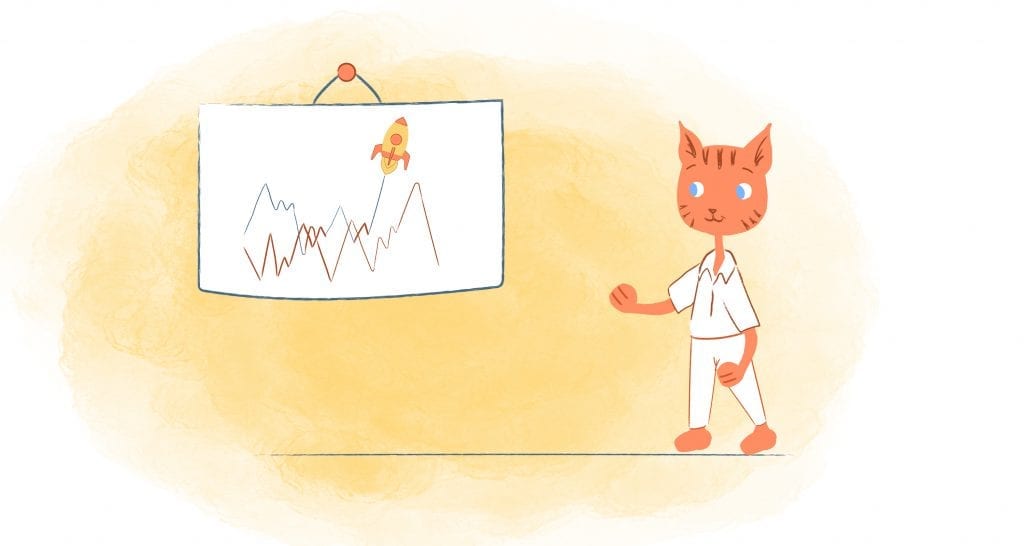 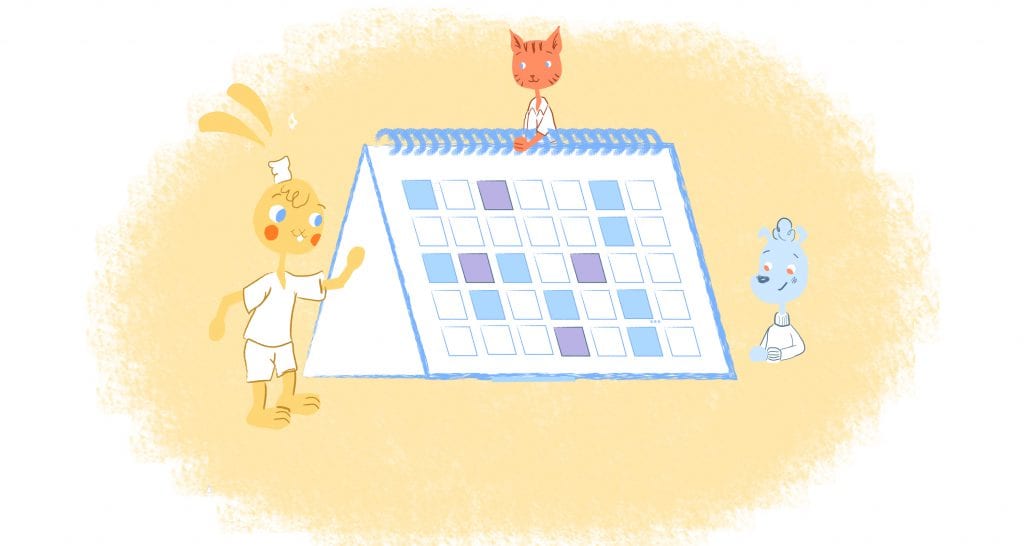